This series will contain my thoughts and assignments based upon the MOOC demystifying mindfulness. All viewpoints expressed are that of my own in response to topics within the course, as well as from my training to be a Mindfulness Practioner. **I will link the course at the bottom for those of you interested in the lectures and meditation labs. **

Learn about some of the preconceptions or stereotypes that people have in regards to mindfulness and my viewpoints on each, as a pro and con.

Prompt: Write a short reflection about which of the stereotypes discussed in this module means most to you? Which is most similar to your own opinions, which furthest away? Do you recognise yourself in any of them? Are you a mindfulness ninja? Do you fear becoming a zombie? Do you have a view on whether such stereotypes have use or value? Are they useful for you? 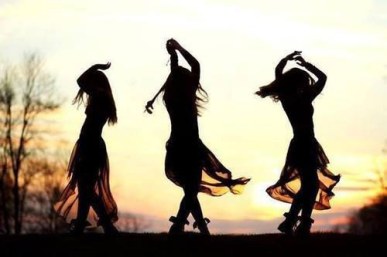 Personally, I think my outlook or perspective in coming to this course and mindfulness, in general, is multifaceted and incorporates a few of the stereotypical preconceptions outlined within the module. I would say my core outlook is closed to that of the stereotypical hippie, and those who know me personally would even probably call me as such, sans the activism. (Although I know in week 4 in regards to political/societal constructs, political activism is touched on in the idea that mindfulness is a non-aggressive form of revolution, which honestly I do identify with, in regards to seeking to create an almost unnoticeable shift, by integration.) I do look up to this idea of the hippie being an individual on the edge of society, who is a part, but not directly engaging in the societal norms, but perhaps slightly rebelling, either in a new-age or back to tradition type way or even a mixture.

I also hold some of the same ideas regarding the scientist, or at least I see the values in such a perspective or contributor to the practices of mindfulness. Personally, I kind of like the approach of the scientist, although I am unsure of why he portrayed as “mad”. A scientist often has a methodical approach, looking for what can and can’t be quantified, which understandably Is difficult to do in such a personal, internalized practice such as mindfulness. But I don’t think this preconception is one that should be looked at in a negative light, science allows us to make sense in some way of the things that are a little more hard to understand like, light or heat, same goes for thoughts, they can be measured.  This is something I come across a lot in my own practice and professional development, in trying to bridge the gap for those on either end of the spectrum of spirituality vs science. My ultimate goal is really to help bridge that gap, not only in regards to mindfulness but other areas that are considered perhaps soft or pseudoscience. 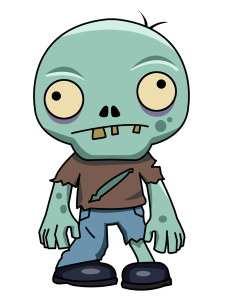 I do think the zombie is a fearful image, but I think it is really the opposite of the goal, of mindfulness practices; which is to achieve a level of self-awareness and acceptance. But at the same time you are losing the society build facade aspect of self, if that makes sense, which understandably is scary for some considering that’s all they have ever known is what they have been taught or raised to be/think, ideas and values which may not be of their own, but of perhaps a parent or societal conditioning as a whole. Mindfulness seeks to be this idea where an individual seeks a level of self-awareness and acceptance of their ‘true’ self, with the goal being to approach life in a more purposeful, meaningful manner; to respond to situations, trigger etc, versus reacting from that primal state or reactive mind, the flight or flight response concentrated in the amygdala (/sympathetic nervous system.)  So really, I think that anyone coming with this zombie-like preconception really does not have a grasp or understanding perhaps, of the intent or purpose of such practices for the mind and self.  Personally, this idea is one of the more frightening aspects and almost drone-like, where what would seem almost ideal in the ninja stereotype, is really problematic or concerning in a sense, because of that loss of part of one’s self, and perhaps more being controlled by something external, rather than having control of self-internal.  An almost revert to a primitive state where we act on impulse rather than on rational thought; (which I believe are brought out in week 4 in regards to Zizek’s concerns regarding the same dystopian view or outcome.)

I view the Monk is in his own right, an ideal, but perhaps misguided in another sense. The monk is this portrayal of time, and dedication put towards a practice; Spiritual or otherwise I feel the Monk or sage should be looked up to for his mastery of self, which really is a cumulation, often of years of training. Is not years of dedication, education, training in other fields like that of the scientist not respected for their accomplishments? Why is then the monk not looked at in the same way, just because of a more spiritual perspective or intent? His dedication has allowed him to not only master his practice, or craft but also himself. I think for many people they would be thrilled to achieve even a fraction of that self-mastery, perhaps over anxiety or depression, so as to better be able to respond and interact within society, instead of perhaps re-acting out of impulse like the figure of the zombie. The monk is definitely that classic image that comes to the mind when the word meditation comes to mind, perhaps slightly perpetuated by pop-culture itself. He is the wise, quiet figure, who is diligent, patient, and almost on another plane of existence so to speak. He sees the physical pursuits of the world as mundane. I don’t disagree with the idea that energy should be spent on things with more value. But there is even a quote, “before enlightenment carry water, chop wood; after enlightenment carry water, chop wood.” So no matter the level of enlightenment some of the mundane aspects of life like cleaning, and other chores are necessary and continue on.

I think the imagery of a Jedi Knight was a good illustration to draw on for the Ninja. That disconnection of self, and having control over self, trained attention, and little to no emotion. The idea of acting on behalf of “the greater good” and not just out of vengeance or reactionary violence. There is definitely a sense of loss of self or perhaps suppression of natural characteristics. I think that this could be seen as a step towards or part of an de-evolution towards the zombie. Really it could even be a fluctuating scale taking into consideration human nature. 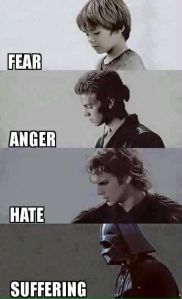 I think that there would be those within range of mindfulness, that would seek to use or abuse such practices as a way to control or create those of a zombie or ninja/Jedi type, in that they act or react as told, and not act from a sense of self or ‘true self’ but as they are conditioned to act. I see each preconception as having both a type of pro and con based more on human nature than the stereotype itself. A stereotype is often a fantasized ideal or fearful outlook towards anything depending on a person’s perspective on the matter, take for example perhaps the classic rebel. Some would see that as an ideal to live and act the way you want, and some would see that as problematic because it goes against societal norms, much like the hippie, although usually more aggressive. So I don’t think it’s the stereotypes and their pro/con themselves that present issues, but the root beliefs behind any preconception, as its hard to say if they are beliefs based upon the true self, or learned/taught ingrained belief, that really can only be ascertained by analyzing and engaging in such practices as mindfulness training; the idea presents a catch 22, circumstance.

All products created and/or sold by Just a Phase Holistic Healing ( or Katrina Tschirhart respectively) are dietary supplements – I/We do not intend or make claim to diagnose, treat, cure or prevent any disease. The statements made regarding these products have not been evaluated by the Food and Drug Administration. The efficacy of these products has not been confirmed by FDA-approved research.

Each product becomes the sole responsibility of the consumer upon receipt of the product, once the transaction is complete you release Just a Phase Holistic Healing & Katrina Tschirhart and any associated entities from all liabilities.